Sector: Food / Retail
Company: PLUS is an independent supermarket chain in the Netherlands. Consumer sales in 2017 were EUR 2.4 billion and market share was 6.4%.
The challenge: Around 360,000 packages and approx. 12,000 containers leave the distribution centre each week. Order volumes and the product range have expanded considerably. The number of Stock Keeping Units (SKU) has risen by 20 to 30% in recent years.
Products: 22 x STILL OPX 20 with lifting driver work platform (reach height 2800 mm)

A "movingimage" video is embedded at this point.

Unfortunately, we cannot show you this feature immediately due to your tracking settings. To use this feature, please allow embedding this third party service.

PLUS Retail in Haaksbergen, the Netherlands, recently modernised nearly half of its order-picking fleet, and again decided in favour of STILL. STILL Benelux supplied 22 OPX 20 order-pickers with a raisable driver’s station. The new order-pickers have literally raised picking performances to a higher level.

PLUS Retail supplies 82 supermarkets in the northern and eastern Netherlands from its regional distribution centre (DC) in Haaksbergen. The DC is relatively small, occupying 14,000 m2, but that makes no difference to its performances. According to site manager Peter Brugge: “Every week we move around 360,000 packages, and approx. 12,000 containers leave the DC. And these figures continue to rise. That compels us to examine further how we can design our processes to be even more efficient.”

Picking performances literally raised with STILL OPX. PLUS Retail modernises half of its order-picking fleet.In addition to numbers of orders, the product range has also expanded greatly. The number of SKU (Stock Keeping Units) has risen by 20 to 30% in recent years. Excluding campaign articles, around 3,000 SKU are now in stock in Haaksbergen. Brugge adds that “Those are our fast-moving foods. Fresh products, frozen items and slowly moving foods are delivered to the shops from the regional distribution centres.”

PLUS Retail has relied on its usual supplier STILL with satisfaction for many years to compile and execute all orders on time. The retailer decided in favour of the brand again for the most recent modernisation of a large part of its fleet. STILL Benelux delivered a total of 22 new Type OPX 20 order-pickers with a raisable driver’s station.

As Brugge explains: “The raisable driver’s station offers us numerous benefits. Due to the limited space and sustained growth, we currently also pick at the second level. Until recently, that was anything but ergonomic for our smaller employees. They were often obliged to overtax their strength, especially when picking heavy items from the back of the shelf. That’s a thing of the past with the new order pickers. It’s now easier for us to employ new staff in spite of the current labour market scarcity.”

The vertical function also offers advantages in the warehouse aisles. Brugge says: “The collection of containers are positioned facing backwards in the aisles, standing very close to one another. Because the aisle is chockfull, it is difficult to maintain an overall view. Thanks to the raisable driver’s station, our employees now have a much better overview, as if they were standing in a control tower. Of course, that benefits both safety and productivity.”

The site manager is full of praise for the new order pickers. And so are PLUS Retail’s order-picking staff. According to Brugge: “They are impressed by the steering provided by the new steering wheel, the driving behaviour and the small turning radius. Our decision was clearly influenced by the fact that our employees unanimously assess these order-pickers to be very user-friendly.” In addition to that, the service provided by STILL played an important role in the renewed decision in favour of the brand. Brugge adds that “Operational capability and reliability are essential to us. The regular STILL service engineer, who has already been coming to us for many years, plays a key part in that respect. He knows our company, the employees and what we do, and knows exactly what we need. STILL has also proved that it is a real partner: they cooperate with us in the search for practical solutions.”

The adaptation of the battery recess for the new order-pickers is a nice example of this. By a slight adjustment of the recess, PLUS Retail can also use the existing interchangeable accumulators for the new order-pickers as well, and didn’t need to invest in new batteries. In conclusion, Brugge says: “I’m always pleased when suppliers share our thinking about our problem areas. STILL is really very good at doing that.” 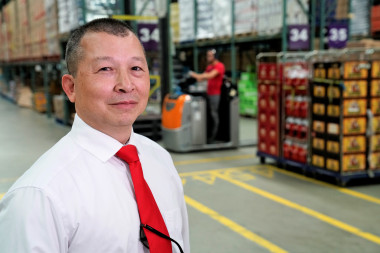 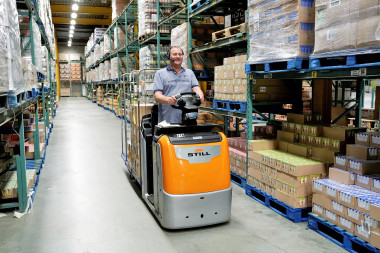 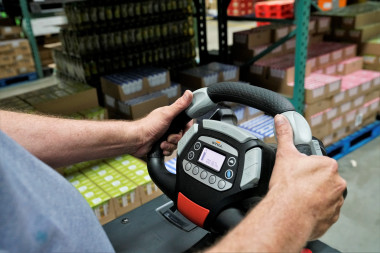 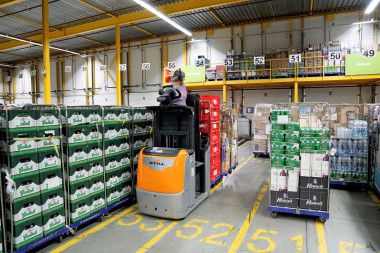 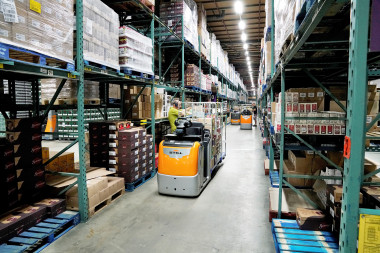 We use cookies to give you the best experience online and to provide anonymised, aggregated site usage data. You can find out what cookies we use, what they do and how you can disable them in our Privacy Policy. By closing this message, you consent to our use of cookies.